This essay had a lot of false starts because it kept feeling soooo lame to write about my hot girl summer but in the end, to paraphrase Max Stirner, I must devour the cringe to be rid of it.†

And if there was any theme to this summer, it was “devouring”. For the last few months I’ve felt like I’ve been taking a desperate, famished bite out of life, never quite feeling full. People have told me my summer seemed amazing, and it was by the way, thank you for noticing, but it was the kind of nihilistic amazing that comes from sitting at the edge of the abyss and staring into her darkness and spitting slowly into her mouth. Does this visual help???

At some point this summer I met someone who, for our second date, suggested we go to a bar where somehow we’d be allowed to smoke inside. This is already enticingly taboo in California, but even more so in the midst of a pandemic that causes severe respiratory issues. It was an idea so disgusting that I knew I was going to sleep with him that night (post-Freudian psychosexual theory alert!) I eventually ended things with him when he didn’t want to break into a cemetery with me, but for a few weeks I was overjoyed to have met someone else sitting at the edge of the abyss, too.

I’ve made some vague references to 19th and 20th century European philosophers but my true guiding lights in the dark forest of ideology have been the Kardashian-Jenners: my vibe right now is just living life and this has been the year of just realizing stuff. No coincidence that this hot girl summer happened during my Saturn return and also ummm the weight of realizing the pandemic would never end. Before this I had a 5 year plan (lol) and such markers of stability as “an apartment”, “hope”, etc and now I’m just like 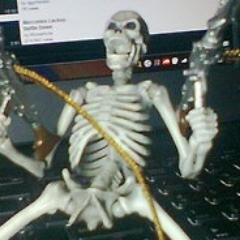 I kicked off my hot girl summer/Saturn return/year of just realizing stuff when I gave up my apartment back in March, and ever since then I’ve moved to a new location every 3 days on average, which I know because I did the math in an Excel spreadsheet. Is this living a sexy jetsetter lifestyle? Is this me trying to outrun my sadness about living in a time of pandemic and climate change and realizing I’ll never have the future I planned for? If I still went to therapy maybe I would have answers but I don’t so we’ll never know!

If there’s anything I did realize is that there’s an idea that “hot girl summer”, or more broadly the concept of “happiness”, is simply about having an uncomplicated good time, being carefree, everything going well, and I can’t fathom that kind of happiness anymore. My happiness has come from dancing on the knife’s edge of fear and sadness, an edge that truly took form in the first lonely year of the pandemic. I don’t want to dwell on how harrowing that was for me but suffice to say I was not at 100% mental health. I’d be brushing my teeth and suddenly start bawling. The vibes could not have been more off.

And I think that’s why, as soon as I and everyone else got vaccinated and cities opened up again and it would finally be possible to do everything that had become verboten, I sprinted into this summer of dark hedonism. I danced in crowded, maskless clubs and took whatever drugs my friends passed to me. I smoked inside; hell, I ate inside. I even found someone enthusiastic about spitting in my mouth, the ultimate exchange of particles. I needed to devour it all. Because, and this is truly at the heart of it all, I don’t know how long I’ll be able to do this. How long will the pandemic last? How much time do we have on earth? Sorry to be grim but like…!

So, in conclusion: did I have an amazing summer? Yes! Was it tinged by a background radiation of deep sadness? Also yes! Have I talked about spit way too much in this essay? Again, yes!! And I am grateful for all of it :)

† https://www.marxists.org/reference/archive/stirner/ego-and-its-own.htm, cmd-f “But around the altar rise the arches of a church” to jump to the passage I’m referencing and that I think about like alllll the time.